Menu
Get A Quote

How do reverse mortgage loans work?

In order to help you make an informed decision about this versatile mortgage loan given your unique situation, we want to make sure you know all the facts about it.

Reverse mortgage loans allow homeowners 62 years of age and older to draw on the value of their homes, which are paid to them in a variety of payout options or used as a line of credit. A reverse mortgage differs from a traditional mortgage in that repayment is not required until both borrowers have passed away or the loan is not fully repaid. Paying property taxes and insurance is a requirement of HECMs, and maintaining the house according to FHA guidelines (if it’s a FHA HECM loan). 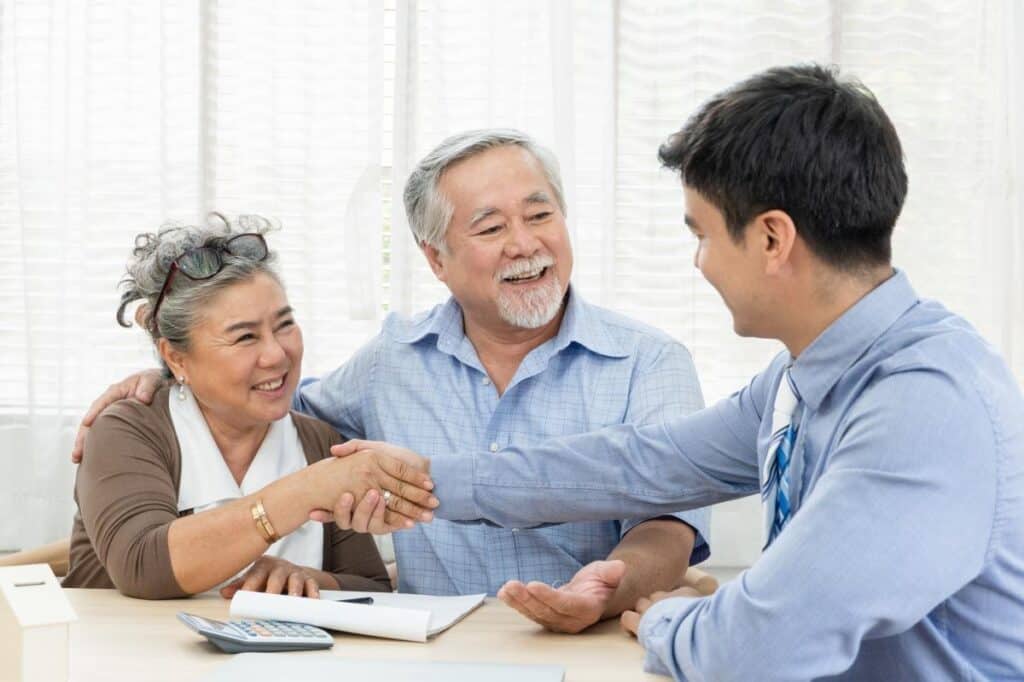 There are a few basic requirements for reverse mortgage loans, such as:

Each lender may have different qualification requirements depending on your financial situation, age, interest rate, and home value. It is not necessary to pay off your home before applying for a reverse mortgage.

Based on the appraised value of the home, the interest rate, the age of the youngest borrower, and the type of loan chosen, you may be able to receive cash. The loan amount an older homeowner has access to will typically be higher than the loan amount an older homeowner with a similar home value and expected interest rate would receive. Loan amounts are limited for the first year. See our reverse mortgage loan FAQs for more information.

Get more information about reverse mortgages by contacting us today.

It can be challenging to make an informed decision about whether or not a reverse mortgage loan is right for you and your family, but we are here to clear up any confusion and provide you with all the information you need.

If you live beyond the loan term, do you have to pay it back?

The lender will not be repaid if you outlive the loan if you have a HECM loan. Neither borrower has to repay the loan as long as the house is maintained well, the property taxes and insurance are paid, and one of the borrowers maintains the house. Borrowers must repay the loan when the last surviving borrower (or any non-borrowing spouse) passes away, the house is sold, or the repayment obligations are not met. 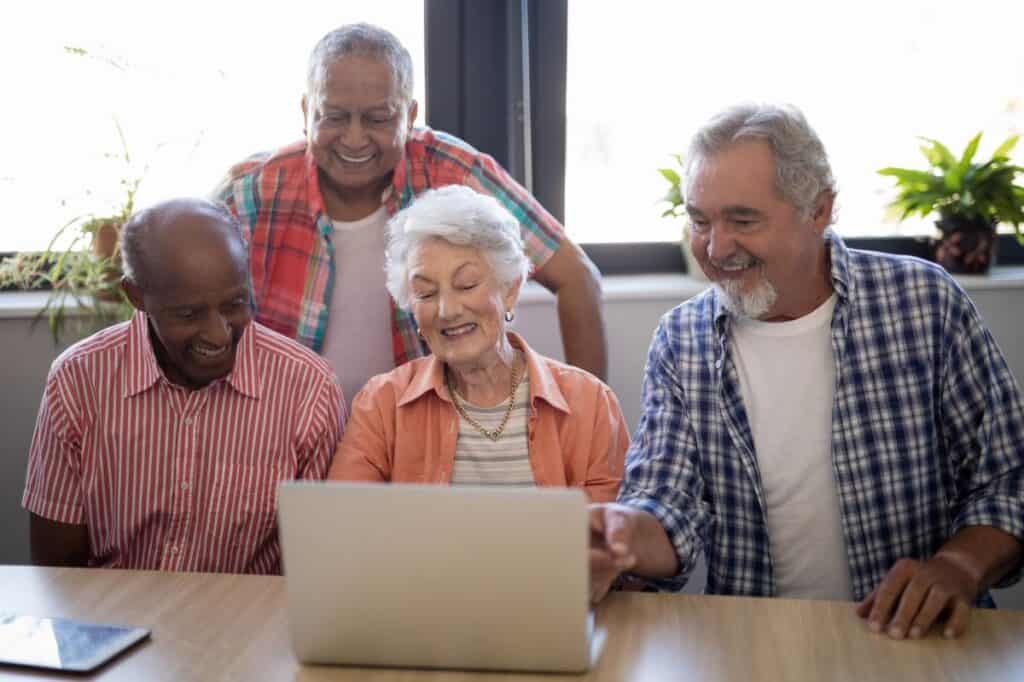 Upon the death of my parents, how much of my estate will be left to my heirs?

Upon the death of the last surviving borrower, upon the sale of the primary residence, or upon ceasing to live in the residence, the reverse mortgage loan must be repaid, along with interest. Any remaining equity will be yours or your heirs’. When a loan is repaid, your estate or you are not responsible for more than the value of your home. Until the estate (heirs) has paid 95% of the home’s appraised value, less customary closing costs, the estate may sign a deed in lieu of foreclosure, releasing the property.

Can I find a reverse mortgage loan using an estate planning service?

Obtaining a reverse mortgage loan should not be done by using a service that charges a fee (except for HECM counseling, which is required). HUD provides this information free of charge and can direct you to HUD-approved housing authorities that provide reverse mortgage loan counseling or other services that are free or minimally priced.

HECM lenders typically charge between $125 and $150 for reverse mortgage loan counseling. For qualified borrowers, some counseling agencies waive the fee. Alternatively, you can call 1-800-569-4287 toll free to locate a housing counseling agency in your area.

One of five ways to receive payments from a reverse mortgage loan with adjustable interest rate is:

Modified Term: A fixed period of months with a line of credit2

How Is A Reverse Mortgage Loan Different From A Home Equity Line Of Credit?

As reverse mortgage loans have become more popular, they allow the borrower to receive funds without having to pay back the borrowed funds immediately as long as you remain in your home as your primary residence, do not sell your home, live in the home with at least one other borrower, meet the basic income and credit requirements, and follow the loan guidelines.

For instance, to qualify for a home equity loan (or home equity line of credit or second mortgage), you must have adequate income to cover the interest and principal payments for your mortgage.

You do not have to pay principal and interest for a reverse mortgage, unlike traditional mortgages. Pay all property taxes, fees, and insurance, and maintain the property in good condition. 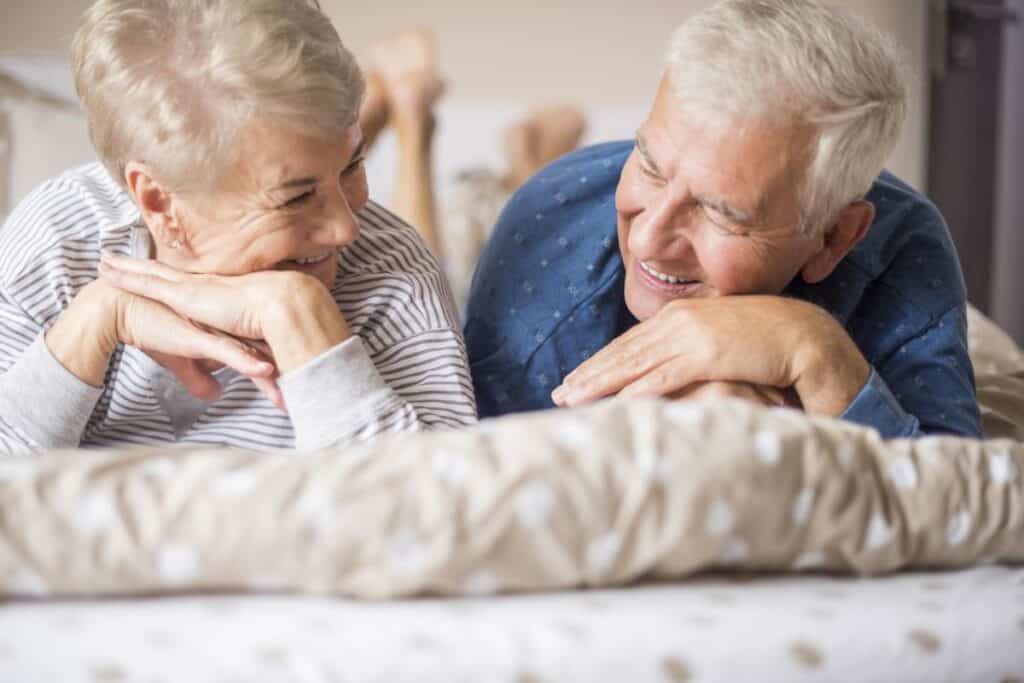 Over the next few years, interest grew in the concept of reverse mortgages, which allowed homeowners to defer their payments until a later date-usually upon their deaths. In securing this niche market, private lenders used ‘equity-sharing’ schemes in addition to accruing interest on the money they loaned.

A reverse mortgage loan was developed when Congress recognized that older homeowners were becoming increasingly reliant on home equity to fund their retirement. In 1969, the Senate Committee on Aging held its first hearing on a possible government role in such a program.

In 1987, Congress formalized the Home Equity Conversion Mortgage as part of an insurance bill nearly two decades later. The nation’s first federally-insured reverse mortgage was first offered as a pilot program, then became a permanent fixture in mortgage lending. There were numerous consumer protections included in the government-insured, government-supervised loan.

Today, many refer to the Home Equity Conversion Mortgage as a reverse mortgage loan due to the fact that payments are reversed with the homeowner not having to make payments but rather receiving payment directly from the lender.3 However, not all reverse mortgage loans are the same. Federal insurance covers HECMs, which have unique eligibility requirements and guarantees. As well, private reverse mortgage loans1 offer access to a homeowner’s equity without monthly payments required, but with different terms and conditions.

Reverse mortgages offered by private institutions are closely scrutinized by regulators since only FHA-insured and HUD-regulated HECMs are insured and supervised by HUD. Homeowners should research their options carefully to find out which loan fits their needs best. Considerations include costs, features, eligibility rules, insurance, and interest rates.

Either a HECM or a reverse mortgage loan reverses the traditional mortgage and enables homeowners to take advantage of the value of their home.

The History of Reverse Mortgages

Over the last 40 years, reverse mortgage loans have evolved dramatically in terms of origins and history.

Nelson Haynes of the Deering Savings & Loan Company (Portland, Maine) made the first reverse mortgage loan to Nellie Young in 1961. It enabled her to remain in the home despite losing her husband’s income.

A standardized reverse mortgage loan program was advocated by the Senate Special Committee on Aging in the 1980s. The FHA insurance program and uniform lending practices were recommended in the mid-80s by other committees. A reverse mortgage insurance bill was passed by Congress in 1987. That same year, Ronald Reagan signed the FHA Reverse Mortgage loan bill into law.

Reverse mortgage loans have gained popularity since 1989, especially in the mid-to-late 1990s. In the mid-1980s, other committees recommended that FHA insurance and uniform lending practices be implemented. This would allow seniors to access a portion of the value of their homes without having to make a monthly mortgage payment.

Fixed rate HECM mortgages can only be paid with a single disbursement lump sum, which is a full payment at loan closing and no subsequent payments. Mortgages with adjustable interest rates offer five flexible payment options, as well as the possibility of future draws. Initially, distributions are capped.

It is possible that the loan will mature and the balance will become due and payable in certain circumstances. Property taxes, homeowner’s insurance, and maintaining the property to HUD standards remain the borrower’s responsibility. Failure to comply with these requirements may result in default of the loan. You may be denied credit if you are over a certain age, have a poor credit rating, or have no property. All rates, fees, terms, and conditions are subject to change and may not be available in every state.

This material is not provided by, nor was it approved by the Department of Housing & Urban Development (HUD) or by the Federal Housing Administration (FHA). It is not intended to be a substitute for legal, tax or financial advice. Consult with a qualified attorney, accountant or financial advisor for additional legal or tax advice.

*There are some circumstances that will cause the loan to mature and the balance to become due and payable. The borrower(s) must continue to pay for property taxes and insurance and maintain the property to meet HUD standards or risk default. Credit is subject to age, minimum income guidelines, credit history, and property qualifications. Program rates, fees, terms and conditions are not available in all states and subject to change.

This licensee is performing acts for which a real estate license is required. C2 Financial Corporation is licensed by the California Bureau of Real Estate, Broker BRE #01140535  |  NMLS #256908 Loan approval is not guaranteed and is subject to lender review of information. Loan is only approved when lender has issued approval in writing. Specified rates may not be available for all borrowers. Rate subject to change with market conditions. C2 Financial Corporation is an Equal Opportunity Mortgage Broker/Lender. The services referred to herein are not available to persons located outside the state of California.

By Clicking submit you agree by electronic signature to: